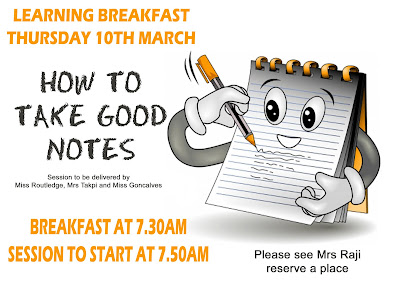 Posted by Miss Beer No comments:

Email ThisBlogThis!Share to TwitterShare to FacebookShare to Pinterest
Labels: Attendance

READING WITH YEAR 7 & 8
English would love sixth formers to read in small groups for year 7 and 8
please see Ms Murphy in the English department to take up this opportunity
Posted by Miss Beer No comments:

With Bugsy Malone rehearsals coming up after half term and lots of work going on in the summer term for the production, you may want to be in charge of posters /  programmes / advertising / set building or costume design.

My experiences of university... Mr. Wells @ the University of Nottingham

I left school at sixteen, with GCSE's under my belt. A dislike for Science and Maths, and a vague interest in English Lit, History and Politics.
Where I spent most of my teenage years, in Manchester, most schools do not have Sixth Forms attached to them. Thus, for my A-levels I studied at a local Sixth Form College. Whilst there I studied: English Lit; Modern History; Government and Politics. Along with the compulsory, yet fundamentally useless General Studies. The Sixth Form was very liberal and a significant proportion of the teaching staff were made up of academics from the University of Manchester. They encouraged me to explore the option of university in more detail.
Second year of A-levels rolled round, and I rushed to complete a just passable personal statement. A year later I would find myself studying History at the University of Nottingham.
It was at this point, too late along the line (as my sister helpfully pointed out at the time) I wished I had spent a little more time researching and visiting universities. I thought all History courses would be the same: Incorrect. I know found myself studying peasants and colosseums- which seemed very alien- as my A-levels had been all based upon modern literature, history and contemporary politics. I also found out that Nottingham, was much smaller than Manchester.
For second and third year, I moved off campus, and lived in a shared house of six. Where we all studied, and played very hard.
Despite these reservations, I threw myself in to university life. Engaged in a number of societies, and a full and active social life. I soon learnt I could ditch the peasants of 12th Century Germany and focus on Modern History, and that Nottingham had many hidden gems...
I graduated three years later, after completing a dissertation into the state of the British Labour Movement following the Great War.
A few years later I find myself in teaching. My university days have been some of the best- perhaps they would have been even better if I had done at been more research when I was 17...
Posted by Miss Beer No comments:

Email ThisBlogThis!Share to TwitterShare to FacebookShare to Pinterest
Labels: Teachers experiences of university 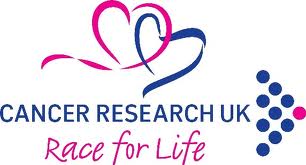 PLEASE MAKE SURE YOU'RE ALL LOOKING GORGEOUS ON THURSDAY AS YEARBOOK PHOTOS WILL BE TAKEN.
Posted by Miss Beer No comments:

WELL DONE FOR HELPING DURING OFSTED. YOUR SUPPORT IS APPRECIATED
PARTICULAR THANKS TO EMILY, DANI AND ROBYN WHO TIDIED THE COMMON ROOM AND DESIGNED THE BOARDS

THANKS TO ALL OF THOSE WHO SPOKE TO OFSTED. YOUR PASSION AND ENTHUSIASM WAS EXCELLENT. AGAIN REALLY APPRECIATED

WELL DONE IF YOU'VE GOT YOUR MONEY IN FOR THE BALL. THE REST OF YOU PLEASE HURRY UP! £10 DEPOSIT ASAP

BATTLE OF THE BANDS- PLEASE GET YOUR MONEY IN ASAP £3.00 PER TICKET

INDEPENDENT STUDY. PLEASE ENSURE YOU ARE USING IT.
Posted by Miss Beer No comments:

Posted by Miss Beer No comments:

Be in the know!

Students of the week! 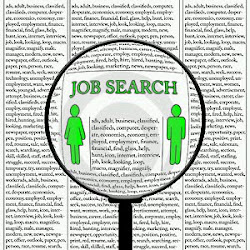 Have you decided yet?

Check out other avenues

Schedule in an Open Day

Have you been to an open day yet?

Be rewarded for volunteering 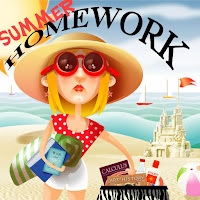 Are you ready for September? 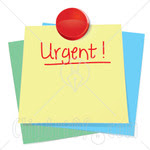 What did you miss this morning?

Get your own Widget